Sport Walk’s Roger Burlinson looks at the role of cadence in Sport Walking.  I have long legs and in the past that meant that I believed it was my destiny always to stride out. I almost took pride in what a gloriously long stride I had.  I was like some boy racer at the lights whenever I would encounter another walker going in the same direction as me. I would open up, give it “full gas” and kind of nonchalantly pull away, keeping the same frequency of steps as them but extending my stride so much that they were soon eating my dust! 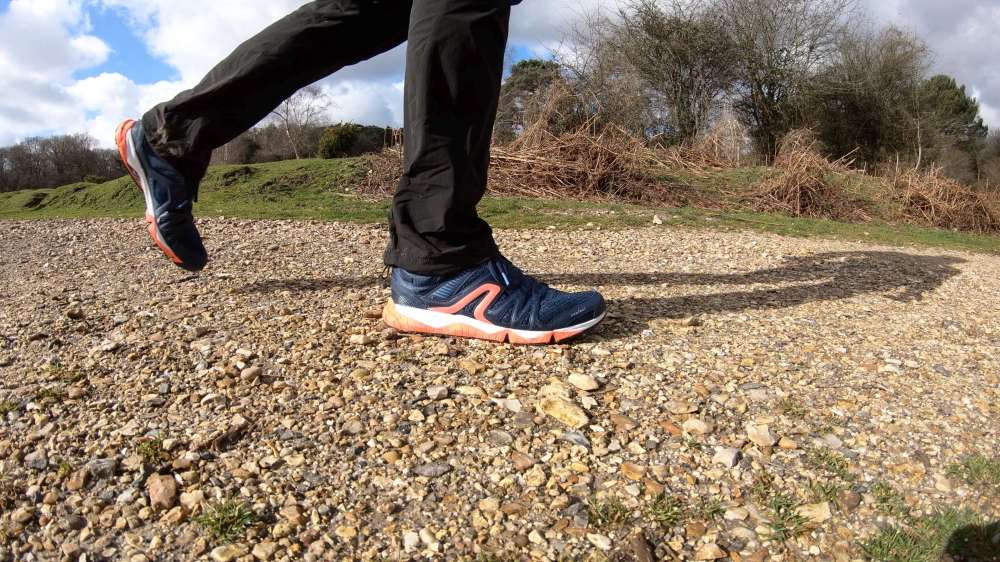 It a was the same with running. I’m old enough to remember being utterly mesmerised by Alberto Juantorena at the Montreal Olympics and just applied my memory of his running style to my own. Of course, what I didn’t know was that what looked like an enormously long stride was in fact not the same as mine. His legs were stretching out in the right direction – backwards, while mine were emulating my walking style – reaching out in front.  This had nothing to do with his cadence but it explains how easy it is to get it wrong in terms of your perceived application of technique. I thought he was striding out when he was actually ‘engaging his Glutes’ to propel him forwards through a backward leg motion.

The whole ‘Glute’ issue is a different matter altogether though and we’ll look at that another time.  The thing with cadence though is that this is also about efficiency and developing what runners call ‘good form’. For me, taking short “fairy steps” as I used to call them went completely against the grain for an all conquering stride like mine. But then I went for a run analysis session to see what could be done to improve my form and therefore my run performance and my coach immediately zoomed in on my long stride and rather plodding style.

He set me a tempo of about 170bpm and told me to run round the track. Immediately I found myself sprinting because I couldn’t separate in my mind at that point cadence from speed. The only way I could work out moving my legs that quickly was to increase my speed. But then he got me to run on the spot to the same tempo and soon it began to sink in. I tried again and found the second time that I could hold a steady pace but increase my cadence. The result for my running was an improvement in my times and a breaking of the 60 minute mark for a 10k – one of my goals. Without increasing my cadence like this I’m not sure I would have done it.

So (and this is where we get back to walking) I applied the same principle to walking and immediately found that my pace increased while I was walking more efficiently and with less aerobic drain. The faster steps but shorter stride length meant that I actually got quicker – because I was able to maintain momentum better.

I also noticed a reduction in knee pain. I’ve suffered with my left knee since my forties but the nature of shortening your stride means that your feet land under your body, not in front of it and this means that your legs and particularly your knees aren’t stressed by being ‘offset’ from your body weight.

Now, the concept of taking long manly strides is so alien to me that it feels quite a drain. I used to worry that I would look like I was ‘mincing’ along if I took shorter faster steps but actually now it is just the most natural way for me to walk. I also notice that I am better able to vary my speed because there are more frequent increments of movement and a small adjustment is amplified by the greater number of steps per minute.  If I find myself going a bit fast, I keep my cadence the same but just take slightly shorter steps and I slow. Not massively but then that’s the point. You don’t want huge fluctuations of speed, you want to achieve a steady state.

It’s not something that’s easy to adjust to overnight if you’ve always been a long step plodder like me but if you to suffer from leg fatigue or want to be able to walk longer or faster and be more efficient in the process, then it’s well worth looking at your cadence as a starting point.

This site uses Akismet to reduce spam. Learn how your comment data is processed.